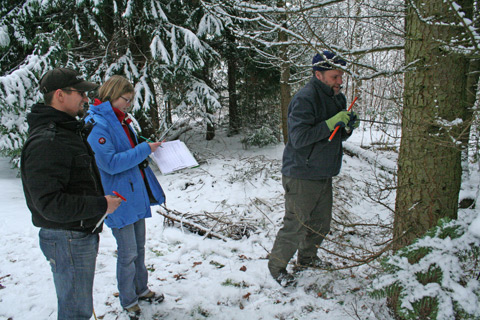 Extraction of a drill core from a Lebanon cedar in the ÖBG.

In view of climate change, forestry is faced with the challenge that in order to maintain important forest functions on some sites in Central Europe, the cultivation of non-indigenous tree species must also be considered in the future. The species that come into question are those that grow sufficiently well despite global warming and can be integrated into our forest ecosystems easily and without major disadvantages. At the ÖBG studies on growth and population biology with selected non-native model species (e.g. the Lebanon cedar, Cedrus libani) are underway.

Arthropod communities in tree hollows in a landscape contextHide 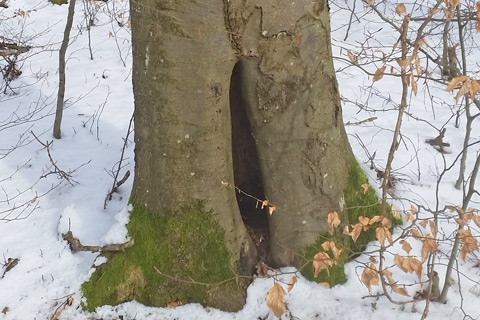 Arthropod communities in tree hollows in a landscape context 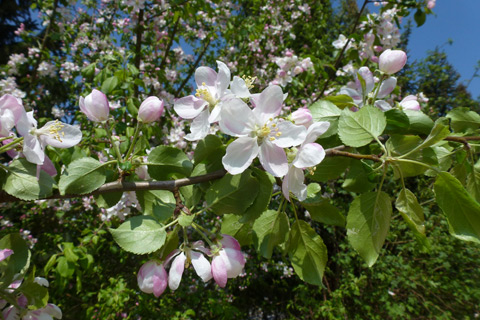 Wild apples in the Ecological-Botanical Garden.

Various groups of herbivorous insects which are potential pests in fruit cultivation (e.g. apple blossom weevil, aphids, etc.) and their natural predators, as well as fruit eating and pollinating species, are investigated regarding their preferences for certain tree properties in various cultivated apple varieties and wild apple genotypes(Malus sylvestris, Malus siversii). The aim is to identify relevant tree traits for resistance breeding towards future sustainable fruit production, as well as suggesting measures for the preservation of the native wild apple. 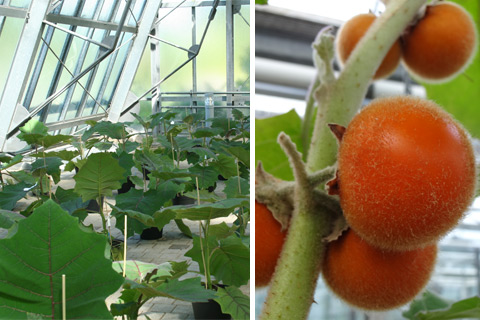 From the Andes to Upper Franconia: Lulo in Kleintettau (LK Kronach).

The Lulo(Solanum quitoense) is an exotic tropical fruit from South America that is still largely unknown in Germany. Studies at the ÖBG have shown that these exotic fruits can be produced year-round in greenhouses in Germany and are appreciated by consumers for their sensory properties. Within the scope of the "Lulo2020” project, started in October 2017, several varieties of Lulo originating from Central and South America are currently being phenotypically characterized, their yield quantified and fruit properties analyzed, including their nutritionally relevant ingredients. In addition, suitable cultivation methods will be tested, and any phyto-medically relevant harmful organisms on Lulo described. The project is supported by special federal funds held with Landwirtschaftliche Rentenbank..

Research on diversity and ecology of native tree species

Diversity and ecology of the genus Sorbus (Whitebeam, Rowan, and Service Tree)Hide 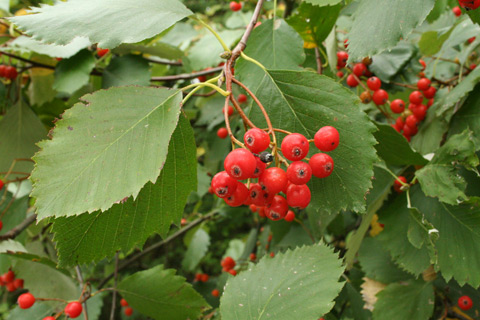 Twig with fruits of the very rare Kordigast-mealberry, endemic to the northern Frankenalb.

Diversity and ecology of the genus Sorbus (Whitebeam, Rowan, and Service Tree)

The genus Sorbus is very diverse due to hybridization, polyploidization and apomixis (asexual seed formation). This is especially true for the northern Franconian Jura, where many endemic microspecies occur, some of them in such small numbers as to be highly endangered. The project examines which families occur in our region, their ecology and population biology as well as the extent to which they are threatened, and the options for preserving them.

Diversity and ecology of the genus Salix (Willow)Hide 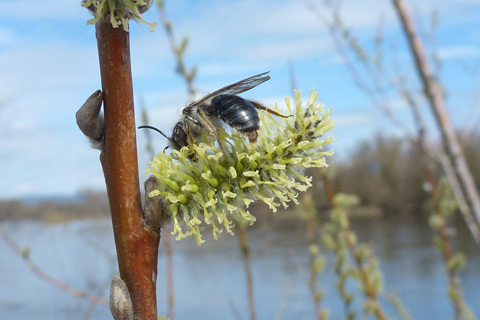 Tree species for the forest of tomorrow in times of the wild bee on the female inflorescence of the basket willow.

Diversity and ecology of the genus Salix (Willow)

Salix is the most biodiverse genus of woody plants in Central Europe. The morphological, genetic, and taxonomic differentiation of many species of the genus is insufficiently understood. Likewise, the question of what reproductive barriers there are between many potentially compatible willow species is not completely understood. The ÖBG is particularly interested in examining the reproductive biology of selected species. 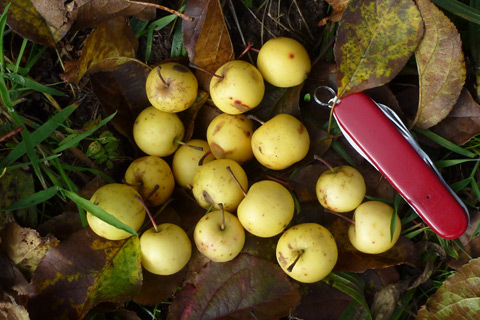 Fruits of the wild apple.

Distribution, ecology, and protection of the wild apple(Malus sylvestris)

Malus sylvestris is a very rare native tree species, which is threatened by changes in the environment, but also by introgressive hybridization with the cultivated apple(Malus domestica). Studies at the ÖBG have shown that relatively many "pure" wild apples still occur in Upper Franconia. Future studies should examine under what ecological conditions the wild apple can remain viable here, to what extent it is endangered by introgressive hybridization with the cultivated apple, and what strategies will preserve and boost remaining populations. 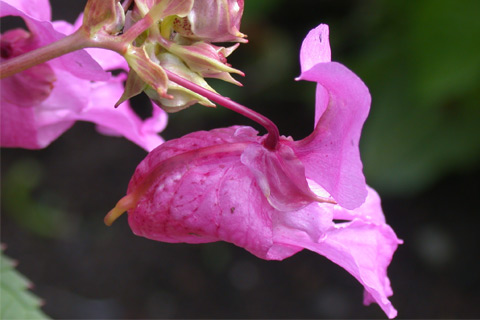 An example of an invasive species in our region: Indian balsam.

Himalayan Balsam (Impatiens glandulifera) is considered potentially invasive in Germany. Although it often occurs spontaneously here, it is not yet completely clear whether or to what extent it causes ecosystem change, and influences any decline or change in biodiversity. In field and experimental studies, together with the Animal Ecology I research group at the University of Bayreuth, whether or in what way native species community vitality and composition change in the presence of the exotic balsam through competition and/or allelopathic potential is being investigated. 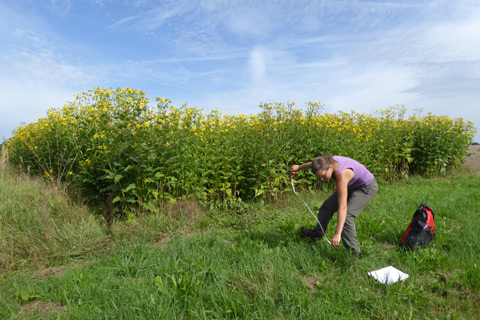 Recording of the Silphie spontaneous occurrences around a Silphie field.